I have too many pages that start that way. I’ve been keeping this all up to date. I’ve just been doing it in day one and medium instead of here. I’ll slowly bring those posts over to this blog to keep it as my “blog of record” 😀.

When last we left you, I had just been dealing with the trials and tribulations of being in the military during a domestic disaster response. Hurricane Harvey pretty much wrecked my winter training plans, with 58 straight days of steady operations. Immediately after that we rolled into dealing with the events in Puerto Rico, which we also established a response headquarters for. Now normally this would be a dreary post about how I had big plans and goals that were not met due to reasons, but this one is different. The statement I just made is true, my training plans WERE derailed by Mother Nature, but the silver lining is that I realized that I had to make some changes to get things back on track. There were some mindset switches, some (expensive) purchases, and some simple physical adjustments. Together they are putting me in a very nice position for this winter, and the subsequent spring training season.

My original intent had been to supplement my lost miles with commuting days, as I live about 15 miles door to door from my office. I did this most of the summer and it was the right answer at the time to keep my base up. I usually commute on the cross bike since it’s roadie enough to facilitate the ride in good time, but off roadie enough to keep that ride fun and give me options for areas that aren’t in the best of condition. Once winter weather set in, along with the time change, my willingness to get up and get rolling at 6 am when it’s 38 degrees outside pretty much dropped to not. I knew this was coming and in early December I bit the bullet and bought a smart trainer. Specifically I went with the wahoo KICKR, based on great reviews, and a strong testimonial from the Ironman in my office. He did a lot of his training in advance of the race on his KICKR and he had nothing but good to say about it. So combined with wahoo’s great winter sale, I went all in. 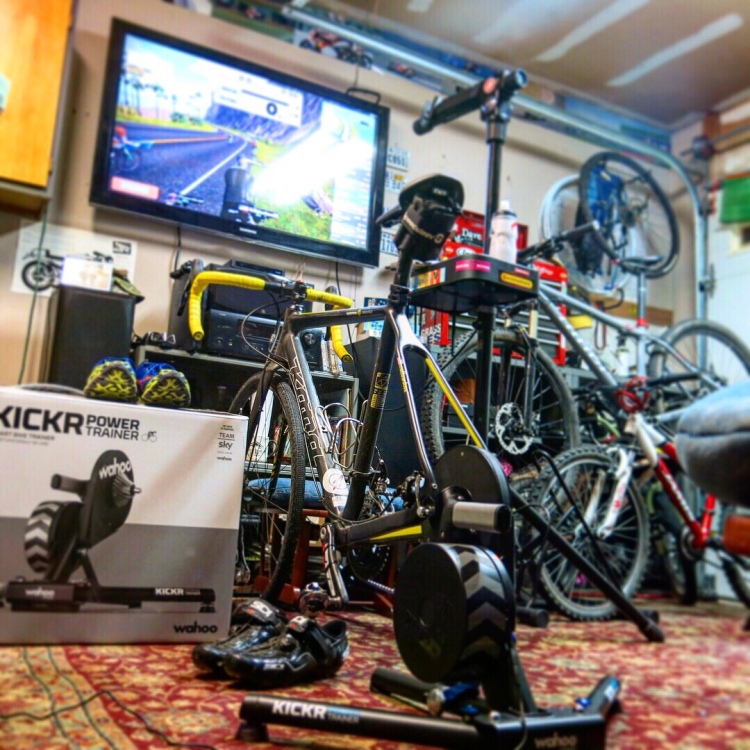 <<<<<<
e got another post setup with my thoughts on the KICKR itself, but suffice it to say here that it exceeded all my expectations. Depending on which companion app you're using, it's either an absolute blast to race with friends (Zwift), or a dead serious training tool (trainer road) that has already shown me improvements in my overall fitness. One unexpected benefit was resolution of a few nagging fit problems. Using the bike on a solid trainer for a while or me to identify and resolve a couple saddle and bar issues that have me super comfortable now. 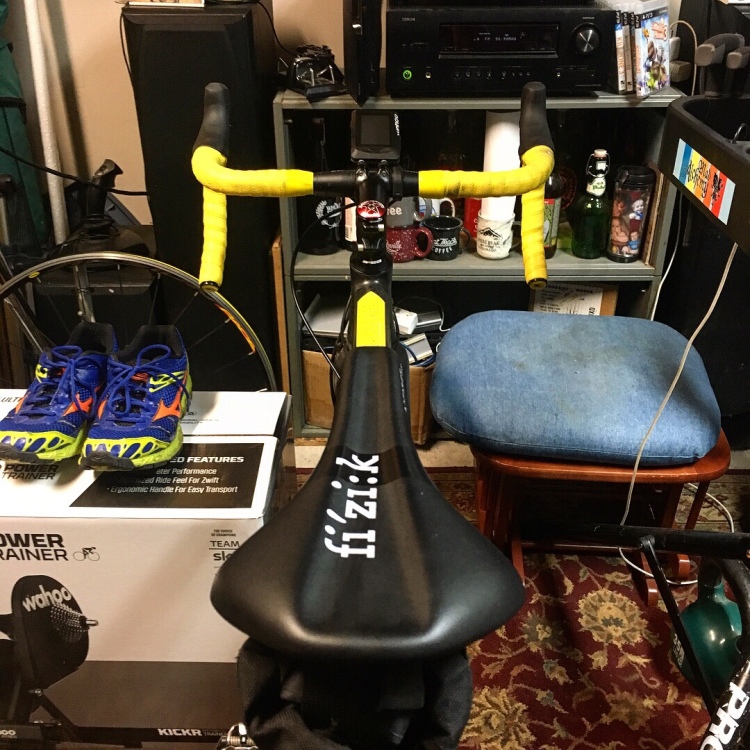 <<<<<<
ed to renew my commitment to total body health with yoga four times a week added to my already minimum of 20 minutes daily spent in meditation. During the first few weeks of the new year, I will add about 5 miles a week of running with an eye on completing a 5k in March for my birthday. I don't have any lofty ambitions for my running, I'm taking that totally on a try it and see level, as I haven't run with any real intent since about 2012.

I have some detailed posts for each of these that I will put up over the next few days as time allows, and I'll link them from here should anyone be interested enough to take a look.

As always, thanks for reading, and have a good ride.

I like to do things on two wheels. View more posts

One thought on “It’s been a while.”