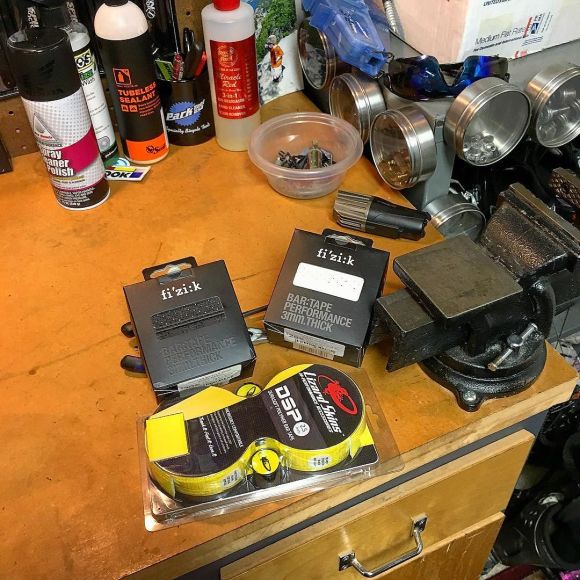 I picked up the Fizik and the Lizard Skins over the weekend for my road and cross bikes respectively, but I started waffling on putting the yellow on the cross bike. Don’t ask me why, I’m just that way. I will second guess myself into a coma. Anyway, I gave it a quick twirl this afternoon, and I decided I liked it yellow, at least for now. I mean to quote Albert from a great movie called The Birdcage, “one does want a hint of color…” . If nothing else, I do like the feel of the DSP tape. The black tape that was on the bike til this morning was just shot. I hadn’t put a lot of thought into it because I still think of the bike as new, though it’s coming up on two years old next month, with the original tape. The handlebar was completely exposed at the left curve, and the tape was fraying and torn around the shifter base, so it really was time.  I will end up putting the black Fizik tape on my road bike, while its not as “PRO” as white, its more practical.