I spent the weekend working on my truck. I originally intended to just do the brake rotors and pads out of expediency, but I found at least two frozen pistons in the drivers caliper, so now I’m doing the full monty. 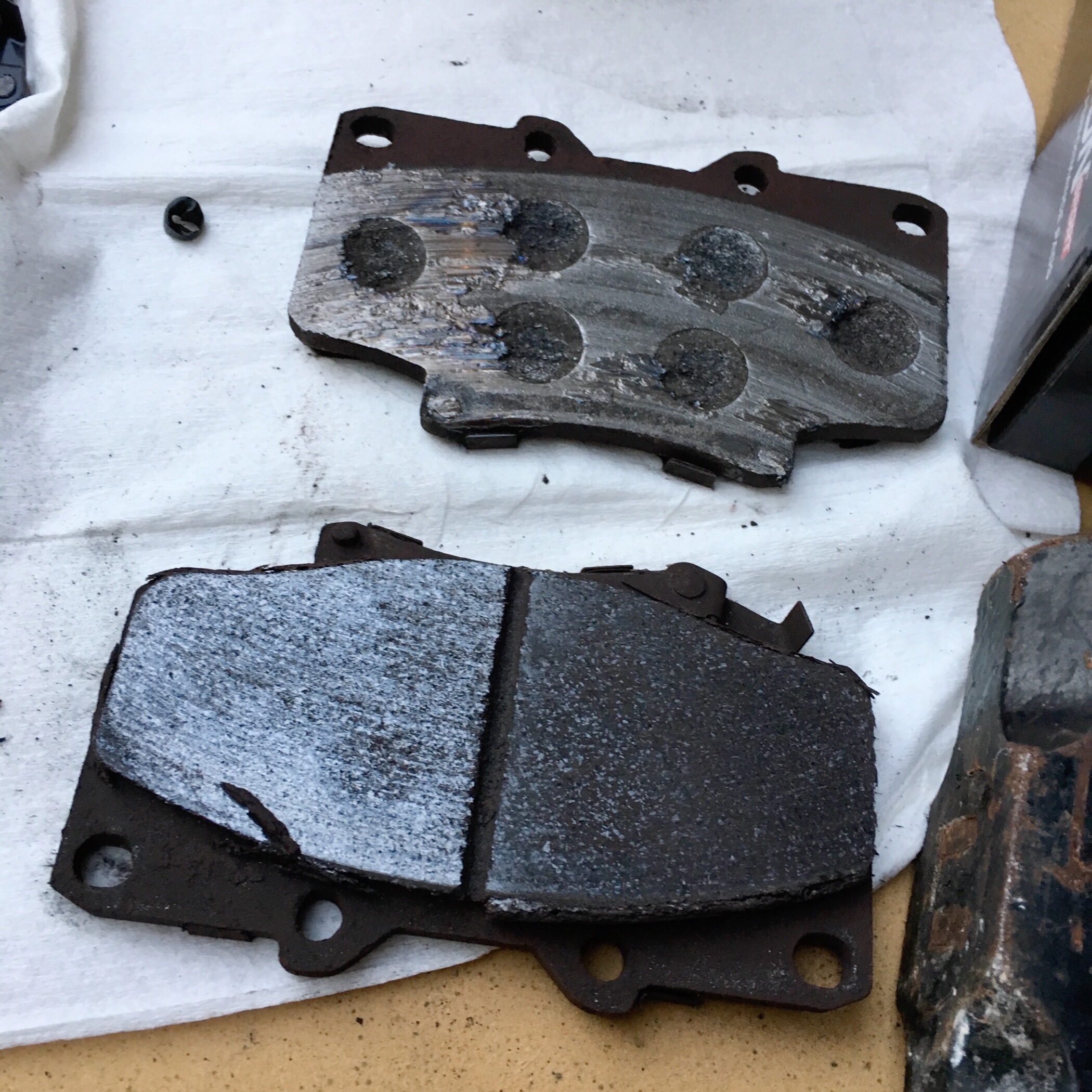 The pad in the picture shows the frozen piston problem. Since those pistons don’t retract, that pad is in constant contact with the rotor.

The new rotors are “so choice” with drilled and slotted surfaces, and that nice shiny silver, which will immediately wear off. They look strange in there with the 250,000 mile hubs and such around them. I also took a few minutes to repack the wheel bearings on both sides. It’s an every 50,000 mile service per the manual, and I last did them less than 20k ago, but it was one of those, “since you’re in there..” things. 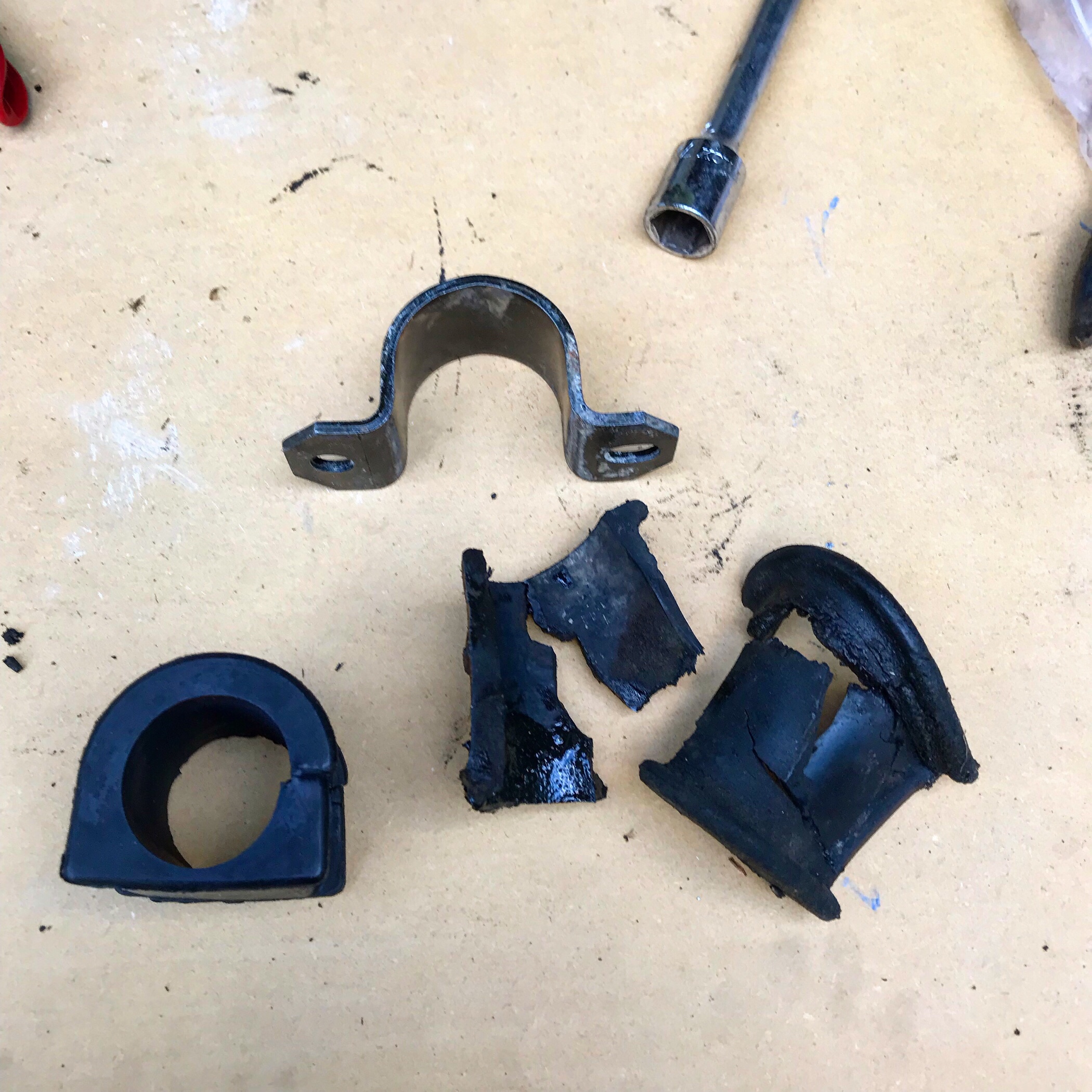 I replaced my front sway bar bushings, as the drivers side has been banging under me for a few hundred miles now. You can see from the picture why. The new bushing is on the left. While the fronts were toasted, I have the rears and I may go ahead just to get them done as well, though I’m having no problems with those.

I will order the new calipers today, and another tub of redline grease as i finally used the last of the tube I have, after 20 years, no kidding. I would guess it will be next Monday before I’m able to finish the work due to the lead time on getting the parts, which is going to put us in a bind next weekend. Maybe I’ll get lucky.

1600- I spoke with NAPA, the calipers are in Dallas, and I’ll, have them Wednesday morning. A quick look at the weather says Wednesday will be acceptable for installing them, so maybe if things go my way, I’ll be up and running Thursday morning. That would be nice.